Elder James L. Sanders, along with his wife, Mother Ida Mae Sanders, started to pastor in 1952, in the home of Mother Garrett at 444 West 21st Street. They worshipped in her home a few weeks until Elder James Robinson opened his doors and let them worship with him.  Shortly after, they were blessed with a small building at 754 Congress Street.  The church was dedicated by Bishop D. C.Williams, Bishop of Indiana South.  At the time, there were seven members (Elder James Sanders, Mother Ida Mae Sanders, Mother Garrett, Eld Calvin Latimore, Sis. Gloria Latimore, Bro. Warren Harris and Sis. Bernice Harris).  They fasted and prayed until the Lord filled the church.

In June of 1957, through the efforts of the late Brother Charlie and Sister Katie Ellis, the Lord blessed us with a new location, 3731 Boulevard Place.  Fasting, praying and enjoying Jesus in the Holy Ghost started a commotion and resulted in community efforts to have the church closed.  Padlocks were placed on the doors in an effort to stop the services.  The church was soon taken to court in an attempt to force the church to move; but the Lord was for us and gave us the victory in the court room and we were able to exercise our right to continue to have services.  The Lord continued to bless us in a mighty way and many souls were saved. Once again the church building became too small for us.

In October of 1969, the Lord blessed us to move to 2602 Roosevelt Avenue. In 1979, due to renovation, the city bought our property; but as always the Lord blessed us with another edifice.  In 1980, we moved to our current location at 3516 E. 39th St. which was larger and better equipped for ministry.

Pastor Sanders was a man full of love and determined to do it God’s way.  Fulfilling his dream to become a man after God’s own heart, many souls were added to the Kingdom.  Elder Sanders was a kind leader but would cry loud and spare not and let men/women know that “Jesus is the answer” for a dying world. Mother Sanders served in many capacities in the beginning church to help progress the ministry.  She was a great supporter of Pastor Sanders and a great teacher of women.  Mother Sanders also served as Supervisor of Indiana South (later Indiana Second) for many years… Praise God for the great works of Elder and Mother Sanders. They were great leaders who layed the foundation and whose influence is still alive today.

In 1998, the mantle was passed from our great founders, Elder James and Mother Ida Mae Sanders, to our visionary leaders, Elder John C. Davis, III and his wife, Sis Vernica Davis.  Elder Davis is God’s chosen servant to lead Sanders Temple to higher heights and deeper depths.  He, along with First Lady Davis, is leading Sanders Temple into a new era and our goal is to minister to the total man.  He implemented an annual Soul Winner’s conference that continues to get bigger each year and to bring souls to Christ.

Over the years we have continued to grow.  With the help of the Lord, we are working on even greater things.  We are currently in the process of building our new sanctuary, which will be located on the South side of our current site.  With a strong rich heritage of serving God, Sanders Temple is “Your Place to Grow.” 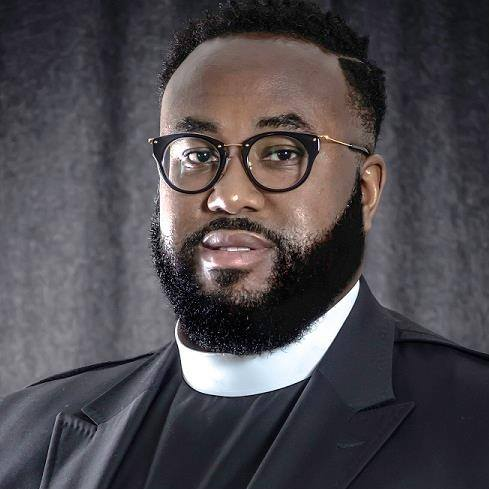